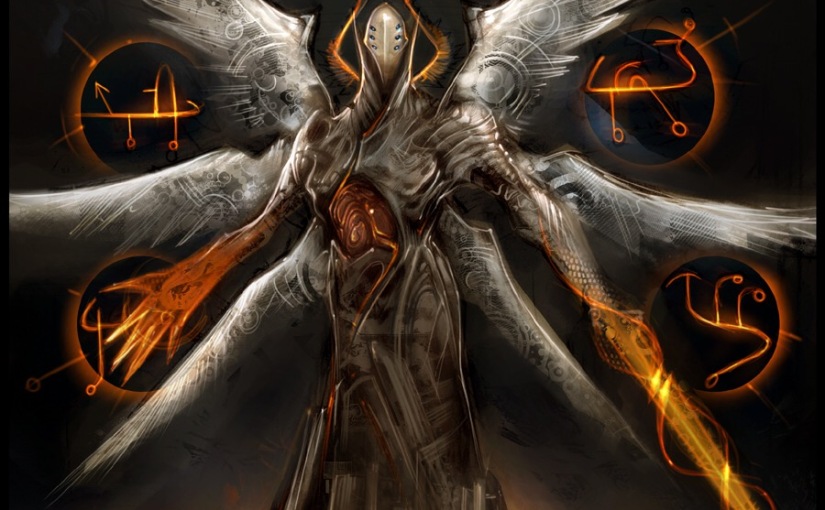 It had been yet another busy day for the Sacred Entity charged by the Earthly Gods to act as a diplomat and messenger of the Otherworldly Gods, helping the latter in making successful contact with the Primitive Beings of Earth, while pleasing the former for taking this menial task away from them.

Today he had met with an all-time high number of Primitive Beings to send over to the Otherworldly Gods, a grand total of eight lucky people. Now, while it might not seem like a high number, if you considered that after each encounter he had to quickly change location and his appearance so as to not alarm the remaining Primitive Beings, and also took in consideration that, while he himself worked for the Gods, he wasn’t an actual God himself, but just a simple embryo born out of folklore, legends and recent strong belief, you would instead congratulate this hard-working Divine Messenger.

Of those eight, five, the majority, were Japanese. This trend wasn’t anything new, and the Earthly Gods didn’t concern themselves too much with this matter, unless they had already some favoured Primitive Being that they had picked.

If you asked to the Sacred Entity why would he pick Japanese people most of the time, essentially favouring them, he would answer you by simply explaining that Japan was his Homeland, where his embryonic form initially started taking shape. He wanted to pay them back with these great opportunities he could bring them while keeping in line with what the Otherworldly Gods requested of him.

Today though was both peculiar and exciting for the Divine Messenger; as he admired his strengthened body, he could feel the Primitive Beings’ belief of his existence similarly grow to new heights. All this, he had noticed on his own, but what he hadn’t had yet noticed before what had happened today was why: myths, conjectures, hypothesis and more about his existence were being spread around the Web through various forums and sites, telling the people who hadn’t met him yet about his Job of escorting the Primitive Beings to the Otherwordly Gods, which led him to believe that some people surely had managed to Return after their adventure had ended or they had become strong enough to have no need of Divine Messengers to help them Crossover to a Different World.

With a smile on his front, Truck-kun prepared himself for yet another day as the Divine Messenger.